On Monday, I wrote about the monomyth known as the Hero’s Journey. In addition to following a set structural pattern, the Journey also has a cast of characters. They overlap quite a bit with Jung’s Archetypes, another source of universal characters. Do you need all of them if you are writing a myth based novel? No.

Think about each of them and whether they would advance your particular story, and if they won’t, discard the character and move to the next. It is also perfectly acceptable to have a character in your novel take on more than one role. The Threshold Guardian and the Mentor can be the same person. Likewise, the Armorer and Magical Helper are often rolled into one.

So here’s your cast:

The Hero:  Your protagonist, male or female, needs to have a certain set of characteristics. I’ll be doing an entire post on this because they are so specific.

The Villain/Evil One:  Again, whether male or female, the villain is much more structured in a myth, so I’ll go into more detail in another post. Note that this role is called the Evil One, not The Antagonist.  You are not allowed to ultimately redeem your villain or just make him/her misunderstood. They have to be old fashioned evil.

Lover:  As in any other plot structure, your love interest needs to be well-formed. You have the added responsibility, though, of making sure the Lover has enough of the same qualities of the hero to be worthy of him/her, but at the same time he/she must be as much of an opposing force as possible to create conflict. Remember, your lover is an antagonist, at least at first, not a helpmate. 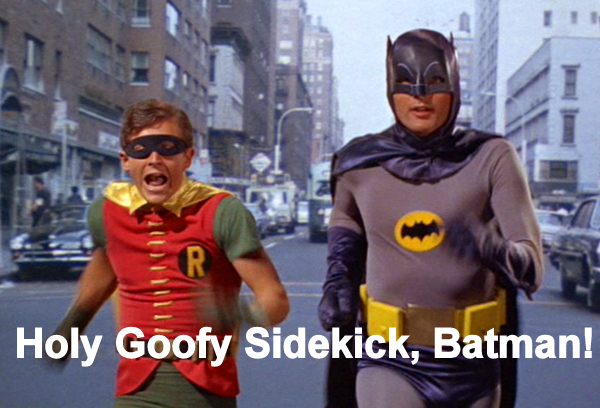 Sidekicks/Allies: These guys/gals usually pull double duty and take on another one of the roles below. They can be heroic as well, but they can’t show up the hero. Watson is fun, but he’s not Holmes. Think Robin, not Batman.

Minions:  The Villian gets to have friends, too. The difference is the minions can be more powerful than the villain if you want.

Followers:  A level down from a trusted sidekick, your hero can have a band of merry men or women to accompany them. If you want something a little more modern, it could be a forensics team, or in what I felt was one of the most clever parts of the Hunger Games, a stylist team.

Wise One/Mentor:  The hero needs someone to guide him in this new world he has entered. Here’s your Yoda, or to use Hunger Games again, Haymitch. This person is always older. However, remember he/she doesn’t have to always look older. In the world of fantasy where you have a number of immortal creatures, this leaves you open to a mash-up other genres can’t do without being creepy. I made my Mentor and my Lover the same person. 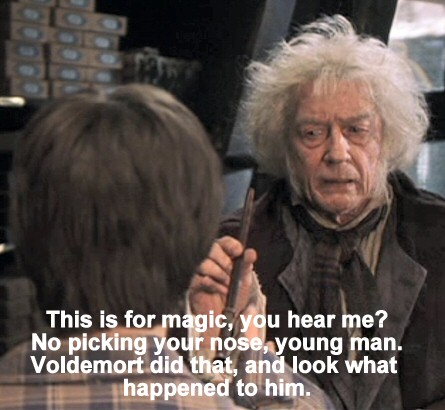 Magical Helper:  The hero goes to this character for “magic” for the journey. This might mean spells, amulets, science, technology, a secret weapon, etc. In the Harry Potter books, all of Diagon Alley played this role to some degree, but especially Garrick Ollivander. The wand maker had the responsibility and talent of matching this most important of magicians’ tools with the right wizard to wield it.

Loved One:  The Loved One is often The Loved One Left Behind of the Tearful Parting. This can be a spouse, parent, sibling, friend, beloved talking goat—doesn’t matter. They often are also a Threshold Guardian.

Threshold Guardian:  These guys are your Debbie Downers, and you can have more than one in a story. They’ll tell your hero that going on the Journey is a bad idea. They’re not wrong, but it doesn’t matter, because your hero is going to ignore them.

Shape-shifter:  Let me be clear, I’m not necessarily talking about a werewolf type shape shifter although you can certainly let the character have more than one physical form. I’m talking about someone who emotionally/mentally is a metaphorical shape-shifter. A great recent example of this is Thomas Hardy’s character Eames in Inception. He can become whatever character is needed in a dream and thus is known as “The Forger.” 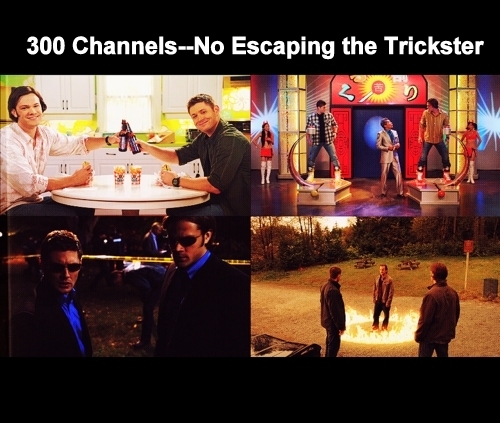 Trickster:  This is a common trope and great for laughs as your hero is thrown into sticky situations. One of the funniest episodes of Supernatural ever is “Changing Channels,” where Sam and Dean are stuck in a T.V. world created by the Trickster God. (Yes, I know he wasn’t actually a god, but no spoilers!)

Fool:  Slightly different from the Trickster, who is generally seen as clever, the Fool is regarded as dumb. However, the hero recognizes his/her wisdom, which becomes apparent to everyone by the end.

A God with Clay Feet:  I’m unsure if this character is ever a woman. This is a very, very common character in romances. He’s almost always the Lover for the Heroine at the beginning who is clearly wrong for her. He’s usually perfect on the surface. As the story goes on, though, we discover he’s cheating, is rude to her best friend, and is secretly kicking puppies.

The Herald:  The Herald doesn’t necessarily even have to be a person; it just has to issue the Call to Adventure. In the Mission Impossible movies, it’s just a recording that self destructs. 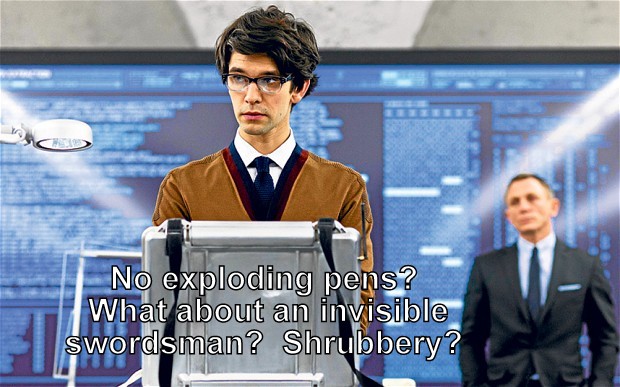 The Armorer:  In Sword and Sorcery fantasy, this could very well be a blacksmith handing over a sword, knife, mace, or other things pointy. In Bond films, it’s Q giving 007 the latest gadget. The Armorer does not have to give your hero something made of metal. In Cinderella, her Fairy Godmother was the Armorer, providing her with gowns, glass slippers, and pumpkin coaches to win the war of love.

The Rival:  The Rival is in love with the Hero’s Lover, forcing the Hero to compete for the Lover’s affections. He/She is usually preferred by the Hero’s family and friends, providing more conflict for your story. The Rival doesn’t have to lose. A great example of this is My Best Friend’s Wedding. Cameron Diaz was Julia Robert’s Rival, but she got the Lover in the end.

The Saint:  There’s a bit of variety here. The Saint can be an innocent or a world-weary intellectual. They are often priests, monks, bishops, and the like, but you don’t have to be clichéd. Jean Valjean in Les Miserables was a Saint, and he also was an ex-con.

Various Female Archetypes:  The Mother, Goddess, Nymph, Crone, Whore, Bitch, and Femme Fatale can all make appearances or be doubled up with another character. Your Lover can be a Femme Fatale, or your Mentor the Mother. The Rival is often a Whore or Bitch. If you are unsure of any of these archetypes, again, check out that article on Jung.

Whew!  That is a lot of people.

Of Arthurs and Lancelots: Mythic Origins of the Irritating Polygon (a lengthy, but interesting history of the love triangle, arguing that it might be an archetype in and of itself)

Up Next:  The Mythic Hero, or, Anti-heroes Need Not Apply

7 thoughts on “Do You Need a Yoda? How about a Q? Casting Your Hero’s Journey”

Leave a Reply to The Mythic Hero: Can He Ever be an Antihero? Can an Antihero be Female? | Lara S. Chase Cancel reply