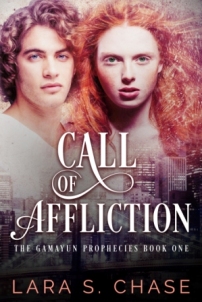 I am no longer in control of my own body.

Without warning and without my consent, my shape shifts and contorts into the half woman, half bird form of the Gamayun. That’s bad enough, but then I’m forced to deliver prophecies to Sirin, the immortal who guards the gates of hell. Messages she doesn’t care to hear, and she’s not afraid to use deadly force to silence me.

I’m starting to see things no one else can see. The last Gamayun died in a psych ward, having lost everyone she ever loved. I refuse to meet that same fate, even if that means lying to my sister and best friend.

The only person I can turn to is Sasha, the mysterious stranger who guarded the previous Gamayun. When I stare into those pale blue eyes, it’s hard to be objective. Can I really trust someone with that much barely suppressed anger and hurt? For every piece of advice he gives, there are ten more secrets he’s not telling me.   Ebook: Free, Paperback: $10.99 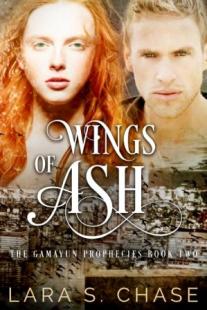 Galine Karsavina knew Alex was trouble from the moment she met him. Now the evil genius with his too handsome face and toothpaste commercial smile is scheming against her. Alex is whispering lies in the ears of her sister and best friend Harper. Unfortunately, Galine has been telling lies of her own for months to keep her identity as the Gamayun a secret. Who will Katja and Harper choose to believe?

Even more troubling, Galine is beginning to suspect there’s more to Alex than just his frat boy exterior. Why is everyone but her so drawn to him and eager to do what he says? Galine struggles to unravel the mystery of Alex alone, determined to keep her distance from Sasha. But in her effort to keep the man she loves safe, has she cut herself off from the one person who might be Alex’s match?  Ebook: $2.99, Paperback: $10.99

Galine thought she’d have some time to collect herself and heal after Sasha put a hole in Sirin’s chest.  While she knew her immortal enemy wasn’t gone for good, she had hoped to at least take a breather.  But before Sirin even makes it to her sickbed, Sera takes up her mother’s quest to hunt down the Gamayun.  Sera isn’t just after Galine, though, but is furious that her brother Alex has joined the Gamayun’s cause. She’s determined to return him to the fold before their mother wakes up and demands retribution for Alex’s betrayal.

Sera isn’t Galine’s only problem, though.  She still doesn’t know where Sirin’s demon hawks are taking the souls they steal. In order to find out, they must split up—Galine and Sasha heading to Chicago and Harper, Alex, and Katja to Brazil.  Each journey brings danger, but Galine’s allies could be their own worst enemies.  What does Sasha know about Sera he’s not telling?  Will Katja ever forgive Galine?  Why has Harper grown so distant from Alex?  Ebook: $2.99, Paperback: $10.99

Galine Harris is tired of running.  She has spent the last year fleeing a host of enemies. Sirin, the immortal stealing souls, still hunts her.  Her daughter Sera pursues Galine with the same relentless determination.  But the one threat that constantly hounds Galine is the God that cursed her with her role as the Gamayun.  From Him she can never escape, and He seems more determined than ever to punish her. She is sent vision after vision stealing weeks of her life, each more bewildering than the last.  What is she to learn from these glimpses into the past? In her waking hours, Galine is haunted by the threat hanging over Sasha.  When will God lose patience with their relationship? Around every corner she sees a way He might end Sasha.  Will it be a bullet from Sirin’s gun or will God simply tell his heart to stop beating?  Galine even begins to fear visits from Zhanna.  The small child she once found endearing has grown alarming with her warnings. Galine still has no idea who or what she is.

In this fourth book of The Gamayun Prophecies, Galine will no longer be able to fly out of her enemies’ grasp. Some of them will catch her.  When they do, what will be the cost? Must she forfeit her sister, Alex and Harper’s baby, or her husband of a few short months? Ebook $2.99, Paperback $10.99