It’s that time of year again. Every other week you see new pictures of a celebrity hugging a statuette thanking their “team.”  If you’re like me, you probably don’t care about their speeches, but you do want to see what they’re wearing, and there’s only a 10% chance you’ve seen the movies they won for. I faithfully watch the Academy Awards every year (yes, even last year when Seth McFarlane hosted), although sometimes I wonder why. I don’t care about cinematography, documentaries, short films, or whoever they’re giving the honorary Oscar to, and on average I’ve usually only seen about two of the best picture nominees. I think most of the time the prize goes to films Hollywood thinks are good for us, whether or not we actually like them.

So, I’ve decided to do a series of awards here, with categories I think would be interesting to a broader range of people, and nominate movies, TV shows, and books I think were flat out entertaining. I don’t care if they were high art. Sometimes the nominees were very well done, but other times they were just plain fun. Granted, it’s limited to what I watched or read in 2013, but I do consume a lot of media.

First up—Movies! I like what the Golden Globes does separating comedies and dramas, so I’ll follow their lead. However, I’m going to nominate real comedies, not dramas with a few funny lines. I nominate as many films as I think deserved it in each category.

Winner: Gravity. Not only was this movie visually stunning and suspenseful, but it also packed an emotional punch. It was the whole package.

Best Comedy: A special award should go to Steve Carell, who starred in three of my five nominees.

Winner: The Way, Way Back. Normally I’d give this to the movie that packed the most laughs per minute of run time, because I really admire that. If I got to a comedy, I want to laugh, not be mildly amused. However, I did laugh a good amount and this was just one of the best movies I’ve seen in a long time. The Academy was nuts not nominating it for best picture. Comedy snobs.

Best Action Flick: I made this a category because other than for sound or sound mixing, these never get nominated for anything, and they bring me some of the most joy all year.

Winner: This was really difficult to call, but I think I’m going to have to go with Star Trek Into Darkness over Iron Man 3. Robert Downey, Jr. is always amazing, but Star Trek was an ensemble effort, so I’m going to give it to them.

Best Costumes/Production Design: I’m a girl, so I will watch a movie sometimes just because it looks pretty. Granted, that usually means a rental, but I feel like these were worth the $1.20 at Redbox to ooh and ahh at the spectacle. 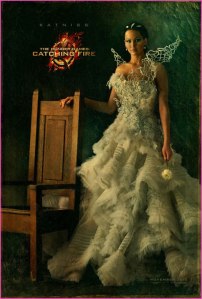 Winner: The Great Gatsby. I know I haven’t seen Hunger Games, but I don’t see how it’s going to top the eye candy of Gatsby.

Movie I Was Pleasantly Surpised By:

Winner: Warm Bodies. The message of this film might have been a bit corny, but I still appreciated it.

Movie That Didn’t Live Up to the Hype: So clearly this is more of a Razzie than an award, but I wanted you to be fairly warned about a few films I wish I hadn’t watched this year.

Winner, er Loser? This Is the End. All of these movies were pretty meh, but I wanted the hours of my life back with this one, and a full refund of my $1.20.

Up Next: TV Awards